So, you want to purchase an elliptical that allows you to work out in the comfort of your home. That’s excellent, but which one will you choose? There are dozens of models out there, each offering something a little different than the next.

Schwinn remains a major name in the realm of elliptical devices, and their 470 model continues to reel in four to five-star reviews. Is this machine all its cracked up to be, though? With high price tags across the board, it only makes sense that you do your research before buying one of these products.

We’ve gathered a wealth of information surrounding the Schwinn 470 Elliptical from its unique features to what owners really think about this piece of equipment. Here’s everything you need to know about this elliptical device.

What Is the Schwinn 470 Elliptical? 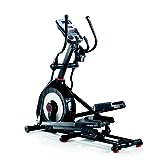 The Schwinn 470 Elliptical is an upgrade over its predecessor, the 430 model. This elliptical machine, like every other, is designed to give you a solid workout in the comfort of your own home while providing a number of features to help you reach your fitness goals.

Like many modern models, there are apps and tools built in or otherwise connectable that make for a more rounded workout experience. It offers differing levels of resistance, incline, and provides plenty of stability for intense regimens. Also like other elliptical models, the fundamental differences here are in what this machine has to offer.

As a workout machine, all of the core features are there. You’ll find the elliptical motion powered by leg and arm units as well as well as the elliptical wheel. Footpads, hand bars and more are all key features of the body. There’s plenty that makes the 470 stand out, though.

What Makes the Schwinn 470 Elliptical Unique?

Every elliptical functions in much of the same manner, but the features incorporated into the machine are what make them worth their price to many buyers. When it comes to the Schwinn 470, there’s plenty to be excited about.

​If you’ve ever used an elliptical before, then you know that it needs to be comfortable and as compact as possible while still offering an excellent stride. The 470 provides 20-inches of stride length, which helps it fit in any room in your home while still providing a decent workout. As an industry standard, 20-inches stands as the “sweet spot” for ellipticals.

Despite the semi-compact build, this is still a large machine. Ellipticals aren’t tiny, and the 470 will need ample space regarding height. Keep ceiling heights and fans in mind when setting this one up.

​As your body gets in better shape, you will need increased resistance to achieve continued results. Thankfully, the 470 comes with a whopping twenty-five levels of resistance. Combined with the motorized incline that adjusts while in use, there’s more than enough here to help you go above and beyond your fitness goals.

​While riding the 470, you can play music through the built-in speakers on the console via an iPhone or Android device. If you want to read, there’s room for your phone or kindle thanks to a tablet shelf. This gives you plenty of options to take your mind off of the workout.

For convenience, the Schwinn 470 includes a built-in fan that operates at three speeds and a water bottle holder. There’s also a USB port. While those are excellent additions, the electronic features of this machine are what really make it shine.

There are 29 programs ranging from fitness tests to heart rate controls that can make your experience tailor fit to your workout goals or provide an added challenge. Out of these 29, four are customizable for a unique ride.

The dual backlit LCD screens allow you to monitor thirteen different display feedbacks. Those include time spent on the machine, distance, calories burned and more. You can also track these metrics via Bluetooth with a wide variety of favorite apps including GoogleFit and Apple Health.

Telemetry heart rate monitoring is possible with this device, though you will need a chest strap. Perhaps the neatest feature is the ability to run mixed reality trails via RunSocial. This feature provides nineteen real-world maps in HD quality from 5k to marathon lengths.

You can run solo in these mixed reality trails or race in live-time with your friends no matter where they are in the world. The setup is easy, you can view it right on your tablet, and the data tracking is incredibly accurate.

​While plenty of modern ellipticals aim to e quieter than their predecessors, the 470 remains one of the least-noisy on the market. This allows you to listen to music, read, or watch TV without any annoying noise from your machine. However, you’ll need to keep the tracks and rollers lubed to make sure the 470 stays quiet.

​Some workout equipment is a nightmare to put together. This is a small factor to look at, but the average time to put the 570 together was two hours. That’s a nice feature for time-strapped individuals.

Much likes the Schwinn 430 model, a predecessor, the Schwinn 470 Elliptical is a machine that offers quality and a variety of features. Is this machine worth the increased cost, though?

The price increase comes with a motorized incline, two additional user settings, and five extra levels of resistance. There are seven other workout programs and a backlit screen as well. Whether or not those upgrades are worth the price is ultimately up to you.

We think that the addons make for an excellent workout machine. Compared to similar models priced at over 1000 dollars, the Schwinn 470 Elliptical isn’t too bad of a deal considering the amount of use you can get out of it.

The majority of customer reviews for the Schwinn 470 Elliptical are positive, though there were a few cons we noticed across the board. For starters, nearly everyone agreed that this is a comfortable and smooth device to use. No one seemed concerned about its stability or build, which means they felt safe using it.

Numerous customers noted how amazingly quiet the machine is, which is great for those with children at home as well as night owls. Many enjoyed the motorized incline, allowing them to increase the challenge while on the device, and everyone seemed to enjoy the numerous features found on this elliptical like the app compatibility and list of programs.

On the other hand, plenty of customers were a little disappointed with the warranty length given the price tag. The warranty includes ten years for the frame, two years for any mechanical components, and only one year for any electronics. Given the numerous electrical components to his elliptical, that hardly seems fair, but most long-term users did not mention any issues.

Numerous reviews noted that the calorie counter is inaccurate. That can make it tough to count macros for more rigorous dieting and exercise plans. Finally, the machine needs frequent lubing if you want its parts to function properly. Otherwise, prepare for a rough and rigid ride.

While those cons put a damper on an otherwise excellent device, there are still enough pros to make people fall in love with the Schwinn 470. Recordable user settings, twenty-five levels of resistance, and LCD screens remain attractive components to any workout routine.

The majority of websites reviewing the Schwinn 470 Elliptical gave it a three and a half or four-star rating, with others giving it percentages ranging from 70 to 85%. That’s decent in the realm of workout equipment, especially given how critical these types of reviewing sites are.

Schwinn’s main competitors are Nautilus, Sole Fitness, and ProForm. Each of these companies has a comparable elliptical on the market, which makes comparing them essential if you want to find the best model for your fitness needs.

Starting with the Nautilus E614, the first point of comparison is the price. The price dip comes with a drop in features, too. The Nautilus only has 20 levels of resistance, 22 programs, and lacks any of the other electronic built-ins and capabilities that the 470 boasts.

Sole Fitness offers the E35 Elliptical Machine, which comes in at a whopping price. It offers adjustable stride, a chest strap heart rate monitor, and much more attractive warranty. Despite the increase in price, this machine only has one LCD screen and lacks many of the programs that the 470 offers. It is also enormous.

ProForm’s Pro 12.9 model brings the price down while upping the ante with a touchscreen display, 35 workout apps, EKG grip pulse and an inertia-enhanced flywheel. What it lacks are the numerous programs found on the 470 as well as electronic warranty.

There is a lot of splitting hairs involved when looking at modern ellipticals, but the Schwinn 470 boasts the most amount of programs and is the only model with mixed reality capability when stacked against its competitors. Compared to the Sole Fitness and ProForm prices, that makes it highly attractive in the market.

When it comes to ellipticals, the Schwinn 470 is an aggressive competitor in the market. This is an excellent machine that excels where you would want it to and doesn’t lack in any given area. Given its vast features and performance, we believe that this is one of the best ellipticals you can buy for under $1000.

The list of complaints is minimal, with the calorie counter being the main concern for those who want count macros. Compared to its competitors, this machine offers a lot more for a lot less money. There are plenty of features to help you reach your fitness goals, as well as adjustable settings to ramp up the difficulty.

If you aren’t a fan of all of these features, then Schwinn does offer the 430 model for around $500. However, for just a little more in the relative scheme of elliptical prices, the 470 is far superior than its predecessor and similar models on the market.

​After hours of searching, we did find a series of deals, coupons, and discounts for this device. Starting with Amazon, you can pick up a used model for the same price as the previous 430 model. With Amazon’s excellent track record for selling quality used goods, that makes the 470 even more appealing at just $$ (plus $115 shipping, surprisingly).

You can also find the machine, discounted from an upsell of $1,299, for only $699 on Amazon in brand new condition. That’s $200 cheaper than the manufacturer’s price, and a steal in our opinion.

When looking for coupons, watch out for scam sites. There are a lot of places out there that offer seemingly fantastic deals that are simply disguises for credit card fraud and other devious schemes. Despite a large number of fraudulent sites, we did find a few that offered excellent coupons.

Slick Deals provided an Amazon and Walmart discount that brought the price down to around $500. Delighted offered an amazing $599 deal for Walmart, while a recent closeout at JC Penny listed the machine for only $569 after a coupon discount. Kmart had also knocked the price down to $799, which is the same price that Target and Sears offer.

All in all, we think this is an excellent product. Whether you’re trading in an old model for a new one or picking up your first elliptical, you can’t go wrong with the Schwinn 470.

As an Amazon Associate, this site earns from qualifying purchases. We may also earn small commissions on purchases from other retail websites.